Hannah: Yeah. Thanks. It’s nice to see you all here. This is my first time in combs. My first time doing a hug. So please be nice to you. Don’t ask me any difficult questions but I’ll do my best. So yeah to introduce myself. Like I said I’ve been to HubSpot for four years and I initially started on the customer support team. So, if you’ve been using HubSpot for a long time it’s possible that I once helped you with a problem. I’m now working on the product expert team. What we do is we we were kind of between the support team and the product team so the support team escalates like bugs and technical issues to us and we kind of work on a solution and we also do a lot of data analysis on our support ticket so try to see what’s driving the volume and stuff and then use that to try and make product decisions. I work with the data analysis product group, so they own the reporting and analytics tools as well as ads and social media. I was previously working with the mobile ops team and now just recently moved to this. So, I should be able to answer most technical questions you have about reporting. For strategy and stuff, I think Sebastian’s probably still going to be the best person but I’ll do my best if that’s what you have. Yeah I’m from Ireland originally live in Berlin now for two years. So, I mean you’ve already introduced yourself so we can skip this here. Mostly HubSpot users. Yeah. So, what I want to talk about today is kind of two things. So rather than just tell you like what reports specifically to run an HubSpot kind of talk a little bit about how to think about reporting and like some HubSpot. In HubSpot we use the inbound methodology and we kind of want to go through each stage of the customer’s journey and talk about how to think about reporting at each stage. Like what questions do we want to ask. And then we’ll talk a little bit about some of the specific reports that you can run. So HubSpot has a lot of built in reports that you get straight away when you sign up or you go into the report library. You can also build custom reports and we’ll touch on that a little bit today as well. And there’s also a pretty big uptake that we just announced last week. Some of you may have heard of it but I’m gonna go through that in detail as well. So how to think about reporting.

So, at HubSpot you’re probably familiar with this. If you’re HubSpot user. At HubSpot we think of everything in terms of the flywheel. So, the flywheel is just the way we think about the customer journey. And the reason that we started using the flywheel as opposed to our previous way that we looked at things is because the way customers work with us has changed right. We’ve done some surveys and some research. And what we’ve seen is that customers these days they trust other customers far more than they trust sales or marketing people right. And some of you might have experienced that yourself I know. I personally if I’m trying to find a restaurant to visit for example, I’m far more likely to listen to recommendations from friends or read google reviews for example rather than read the restaurant’s website that says they’re great. You know you trust other people like you who are using it for the same reasons. So even though we were aware that the way customers interacted with us changed we haven’t really changed a lot about how we deal with that information. We were still using the funnel process before which kind of treats customers as an output. You know you send them through marketing you send them through sales and then at the end you get a customer and that’s kind of where it ends. So, we’ve decided to move on from the funnel and we now use the flywheel. From the flywheel that puts customer is right at the centre of your business. And it also treats it as a cycle. So, the point is that it’s no longer you get customers in through marketing through sales and then you get a customer at the end. It’s an ongoing cycle. We want to use our customers as well to drive more business by having the word of my referrals and having them review us and things like that. The point of the flywheel is so… It corresponds with the three main HubSpot Hubs as well as marketing sales and service and then customers with the CRM is right in the middle of it all. It also corresponds to the new way we think about the inbound methodology.

So we think about attracting new business and engaging that business and then delighting them so that they go on and spread the word to other people and then The wheel keeps spinning, like that. So, it’s basic physics the way we think of it. You apply force which has it spinning faster and that grows your business quicker. And if you apply friction then it slows it down and your growth doesn’t go as quickly. So, the two those are the kind of two things that we want to look at him with mobile report. That is what you’re looking at and you’re trying to look at things that are going well that you can continue with and you’re trying to look at things that are slowing you down so that you can address those and make the right decisions based on it. So, this is an example of without the text. This is a report that our marketing team at HubSpot gets pretty much every month we look at the reporting flywheel and we have the force and friction for each section. So, we give them each month we have a few examples of elements of force. So, things that have been going well in the past month. And elements of friction that are slowing us down and then we work together across all different teams to try and lean into those force aspects and like increase what we’re doing there and also to put a stop on the friction aspects. And these are three reports that we’re going to talk through today and obviously every business is slightly different and you’re gonna have to. Well every business very different. But there are reports that you’re going to have to do are going to be slightly different and depend on your needs. But these are three reports that we think are pretty relevant to most businesses using HubSpot especially if you’re following the Inbound methodology and it lets you look at force and friction at each stage of the buyer journey. So today I’m going to go through a specific HubSpot customer or a real HubSpot customer and we’re going to use them as an example as they go through each stage of the flywheel. We’re going to look at those reports for them and then see what takeaways we can take from that see what are the elements of force and what are the elements of friction. So, the three reports are run then, are traffic analytics for the attract stage.

So yeah, a summary of attribution reports is you want to know what question you’re trying to answer, which will let you know which model to use. You want to know how a specific channel or asset is performing you can break it down into social or blog and you can you can drill down further into those as well. And it lets you give credit where credit’s due. So, sales teams are great and very important just like you know the person who scored the goal in a football game but they need to get the leads as they need to get the ball. So,, this lets you kind of see that process. And if we apply that to the flywheel again we have two points of force and two points of friction so that they know something to lean into. Before I move on, do you have questions on attribution specifically.

The beta is going live next month. So, from the 1st of October if you are an enterprise user, you’ll be able to opt in. It’s gonna be in beta for a while it’s probably not going to launch fully until next year and that’s when we’ll be adding stuff for other tiers as well. So initially it’s just for enterprise users and you’ll be able to opt in from next month. Yeah well I’m sure like whoever you’re in contact with will let you know once it goes life for other tiers as well. Right. So that’s the first two that we’ve looked at. We’ve attract them engage them. We have brought people into the site. We’ve sold them tickets. They’ve gone to the festival. But how do we know if we’re delighting them. So, if we remember from earlier customers trust other customers right. So, the important thing is to get people to have a good time and then to use that, have them share that experience because that’s what pulls other people in.

Tickets and feedback reports in HubSpot

So this is what the report that our HubSpot marketer receive. It’s not. Wouldn’t have tickets about water for example but like something that looks like this where it shows the points of force and friction at each stage of the flywheel. It’s kind of it’s a good thing to look at, on say like I’m a monthly cadence or even quarterly or whatever like. What are the big things that you want to focus on? And obviously depending on your business you’re gonna want to go to more specific and have more specific reports about certain things. But these reports are a good way to get a general overview of the main things that are going really well. And the main things that are areas of improvement. So, it’s a good way to look at it.

So, to summarize. Force is good, friction is bad and the flywheel is is what shows you where each is. We have one main report for each of these stages so its traffic analytics for the attract stage. The attribution reporting for the Engage stage and custom ticket reports and feedback for delight. And since I work at HubSpot we have to end on call to action. So, I would recommend that you go and look at your own reports. Not attribution because it is not quite live yet. But the other ones and kind of just start to think about these things in terms of force and friction. In terms of what are the questions that you want to answer when you go into these reports. HubSpot has a lot of useful reports in the reports library. So, if you just go to reports library it has like a navigation at the side broken down by kind of category so like marketing, sales, productivity, things like that. We have a lot of built in reports and from there you can either customize the reports or you can build a custom report like we discussed before. And yeah that’s reporting in the flywheel. 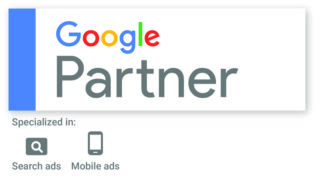 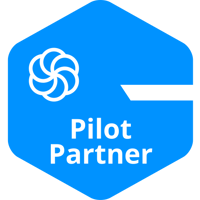